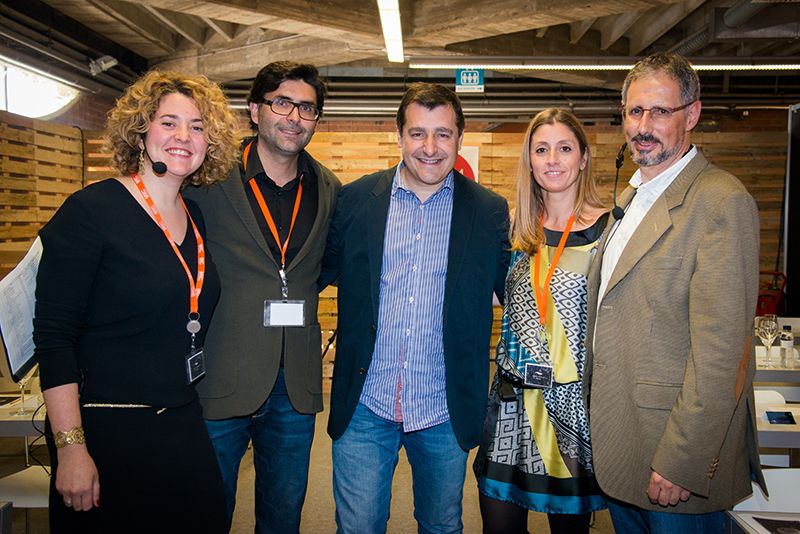 On the first day of Girona’s Gastronomic Forum 2015, CORAL SEA MARINE DRINK presented the first results of its project, brainchild of more than four years of studies and experiments on the fermentation and aging of sparkling wine in an underwater wine cellar.

In just over an hour, thirty sommeliers and personalities from the gastronomy and restaurant world participated in a workshop where they discovered the origins, history and technique used to prepare this drink, in which the sea has a main role. 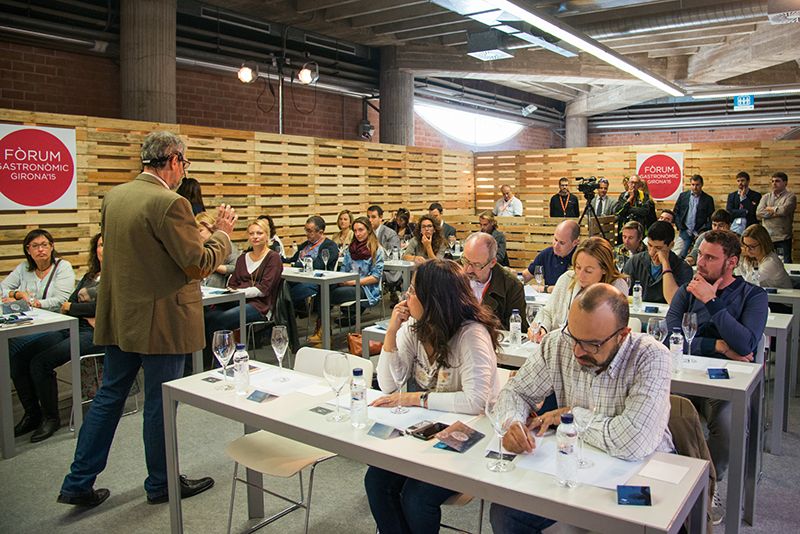 Among those attending the event were the sommeliers Josep Roca and Àlex Carlos from the Celler of Can Roca, Isabelle Moren from Can Jubany, the gourmet Manel Colmenero, the wine critic Joan Gómez Pallarès, the sommelier Anna Vicencs, Vinamera Wine Club members and Cupatges.cat, among others.

The workshop included a tasting session led by the winemaker and CORAL MARINE SEA DRINK team’s member, Antonio Membrives, accompanied by a pairing with oysters from Peixos Puignau cooked in a live coal oven of Mibrasa.

The review was very positive and the majority noted that this sparkling wine is an excellent product, with a thin, integrated and elegant bubble. The great flavor and unmistakable aroma, which also define its essence, were some of the other most remarkable aspects.

The format of the bottle also drew the attention of the audience and made a splash, with the distinctive inlays of having spent so many months submerged beneath the sea. 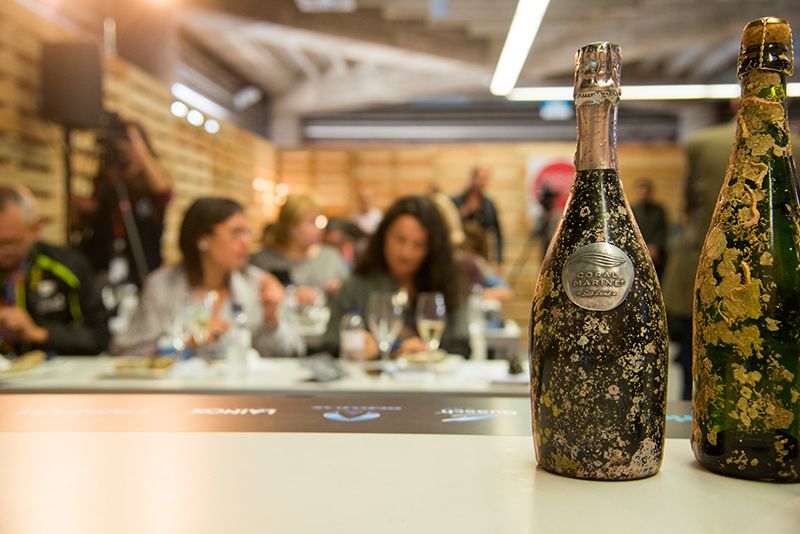 CORAL SEA MARINE DRINK was also present during the three days of the trade fair as an exhibitor. At its stand, as well as assisting and explaining the project to the visitors, daily tastings led by winemaker team were organized.

After the success achieved in the Gastronomic Forum of this year, CORAL MARINE SEA DRINK is already working on an upcoming event, to be held in Barcelona, as well as in many different lectures at sommeliers schools all over Catalonia. 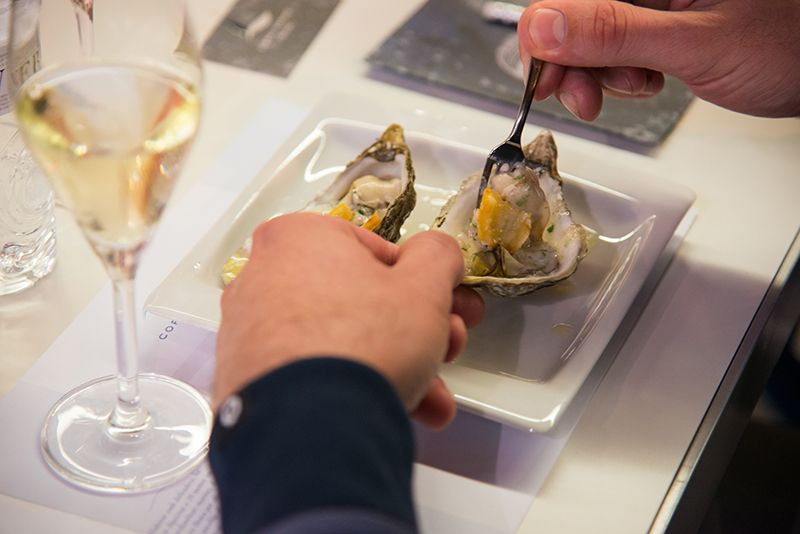